Boats for sale: International > Quicksilver
View 3135 boats for sale in the United States

Sorry, but the 2010 Piper Wide Beam 60 listing has already been removed.

Get an email notification when another vessel like this is listed

We also have the following similar vessels currently advertised: 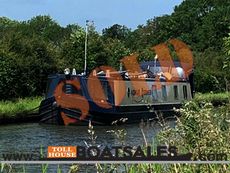 60ft Piper Beta 60HP   £110,000
A Piper Widebeam 60ft x11ft built in 2009, powered by a Beta 60HP diesel and fitted by Piper Boats to their "Delux standard" except the bathroom which was fitted by the first owner. The current owner (No.2) has made extensive livaboard improvements, not least the sophisticated four panelled solar system, Lithium batteries and security system. A well proportioned, "marina friendly" widebeam which appears to have been well maintained and is presented in fine condition. More details and photos to follow shortly. Boat Safety Certificate 2021... read more

Boats for sale
by continent

Boats for sale
by country